It's been a while since I had some Sugardrum photos taken to use for promotion. The last proper photo session I had was on a cold Winter's day with rapidly fading light in Richmond Park. I was physically shaking it was so cold towards the end. With a new album being released in a couple of months I thought it was time to get some new photos done. 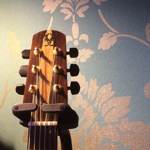 I finished the mixing for my new album earlier in the week and sent the tracks off for mastering. The last day of mixing ended up being a long one as there were various tweaks that I wanted to make to the songs to get them to sound their best. 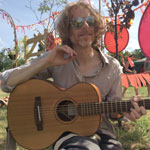 Thanks to all those who came to watch us play at Glastonbury Festival. We ended up playing two gigs, one in the early hours of Thursday on the Mandala Stage and the other on Thursday evening on the Toad Hall stage, both in the Greenfields. After the Toad Hall gig I did a short interview for Kingston Green Radio. 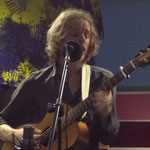 A couple of photos from the May Wupadupa Eco Show

I helped organised another Wupadupa Eco show on 6th May and did a short set at the beginning of it. It was another night of great music with Amrit Sond playing a stunning headline set and support from myself, Storme Watson and Will O’Donoghue. Here's a couple of photos from the night. Big thanks to everyone who came along or listened at home on the radio and for Georgina and Clive for the photos.

Winter is a perfect time to do house gigs. It's just so nice playing some unplugged songs in a warm cosy room with an appreciative audience and, if you're lucky, some funky lights in the background too.  I've played a few impromptu house gigs recently. Here are some photos from them... 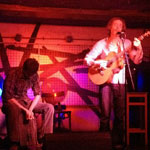 Thanks to all those who came along to see me and Matt play at the Bedroom bar yesterday evening. Thanks too to Amrit Sond and Life in Colour for amazing support sets.

Here are a couple of photos from the night and an animated gif which captures a particular exciting bit of one of the songs. If you put on a CD and watch it you can almost imagine you're there! 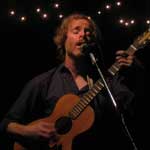 A huge thank you to everyone who came to the Wupadupa gig we put on last Friday at the Grey Horse in Kingston. It was a night filled with amazing music and free cake as all good Wupadupa nights are, raising £192 in total which will be split equally between the following two memory loss charities: 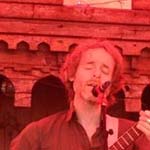 Ooh, what a lovely festival Tribal Earth was last weekend. Big thanks to Georgina for the photos she took of me at my gig on the Castle stage... 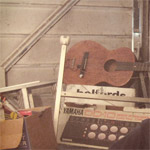 Just added a couple of photos to the photos page. Thanks to Shaun for the one from my gig at Bristol Folk Tales last week. It was a fun gig - I ended up playing unplugged in the car park as the venue had been double booked for the first half of the evening. The setting next to the harbour was rather lovely with the sun going down behind me as I played. 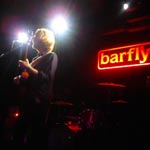 Photos and a grainy video from Barfly gig

I did a last minute support gig at the Barfly in Camden, London last weekend, supporting Union Sound Set and Richard Parker. The call asking me to play came the afternoon of the gig; I was going to see Union Sound Set anyway and almost left without my guitar before the call came. Everything was a bit last minute and I forgot to give someone my camera to take photos and videos. Fortunately I had some friends in the audience who took some photos and a slightly grainy video on their phones :) 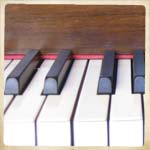 Yesterday I recorded Steve James playing on an amazing grand piano for my song Fallen Guru. It all went really well, the piano sounded lush and the part sounds great with the rest of the song. 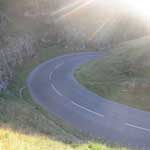 A guerilla gig at Cheddar Gorge

So, whilst driving through Cheddar Gorge I decided to do a guerilla gig. A quick park of the car, and a short climb later saw me sitting towards the top of a grass bank, that looked much less steeper from the ground :)